We leave for the trip in not too many weeks now.  We spent a good part of a day last week with Zelda and Matteo planning.

We are on the ship for 12 nights.  We need to make 12 dinner reservations.  There are seven restaurants.  Two of the restaurants have upcharges, the other five don’t.  On our last cruise, with the same cruise line, there was a “Restaurant” which didn’t take reservations, and was large enough to accomodate enough of the passangers without too much of a wait.  On this brand new ship they decided that there doesn’t need to be any no-reservation, open seating restaurant.  That means that you need to plan a meal for each night, or risk having to hang around waiting for a seat to open.

Or maybe they have some magic, and they just know that the natural and immutable patterns of passenger dining behavior is such that there will be no conflict, no line, no waiting. 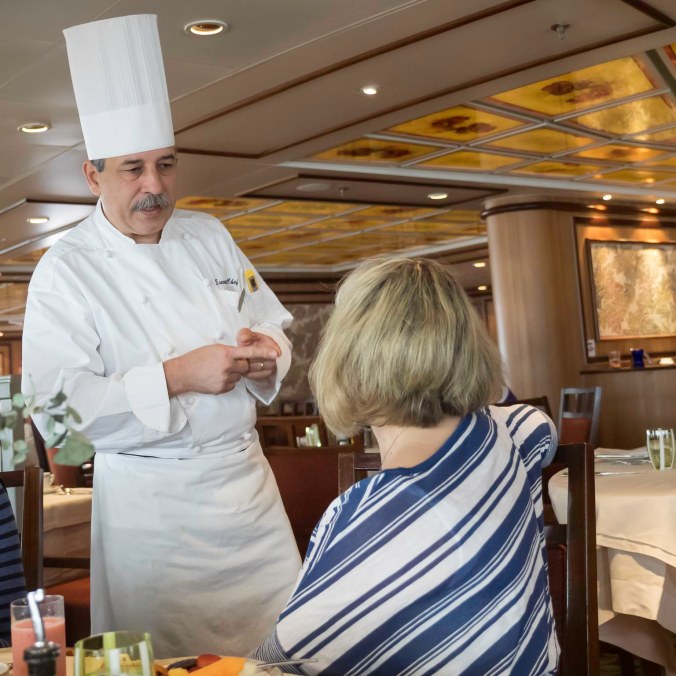 Needless to say, but this would not stand.  So Sally and Zelda began strategizing about which nights to eat at which of the seven restaurants.  This involved:

Or maybe they’re just not as OCD as we are, and are planning to relax on their vacation and take it as it comes.

(1) Actually, no one has ever eaten at any of these restaurants.  It’s a brand new ship, and we are on the first official sailing.