Everyone goes on safari to see the amazing animals. And yesterday I showed some of the amazing animals we saw in just one four hour drive. Today, especially this morning, we saw a darker side of Africa. One that is inherent and necessary to the survival of many species.

Our plan when we left not long after our 5:30 am wake up call was to go looking for some leopards. Leopards are hard to see, partly because of their camouflage, partly because they are relatively rare (perhaps less than 11,000 in South Africa), and partly because they hunt at night. Before we could go too far, we got a call over the radio that a pride of lions had made a kill, so we hurried over to see it.

Kills are often thought of as the epitome of safari experiences, as they are not that frequently seen. When we got there, we found a pride of 14 lions feasting on a water buffalo they had killed earlier. It was pretty brutal. We watched for a while,and I took a bunch of great pictures which I won’t publish here. Then we left to continue our search for the leopard.

Along the way we found two lionesses sitting quietly along side the road. It’s pretty amazing how they ignore the trucks and the people in them. After watching them for a couple of minutes, they both got up, obviously alerted to something, and took off through the bush. Mark, our guide, followed them, crashing through brush and over small trees. 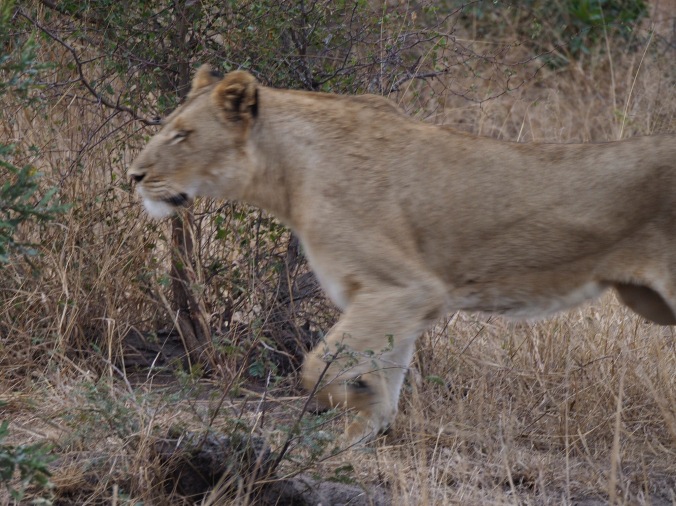 They had smelled an injured water buffalo. We got to that site just as they attacked it, and watched as they took it down and ultimately killed it. It made what we saw earlier seem tame. Later, Mark and another guide described this kill as the most disturbing one they had seen. 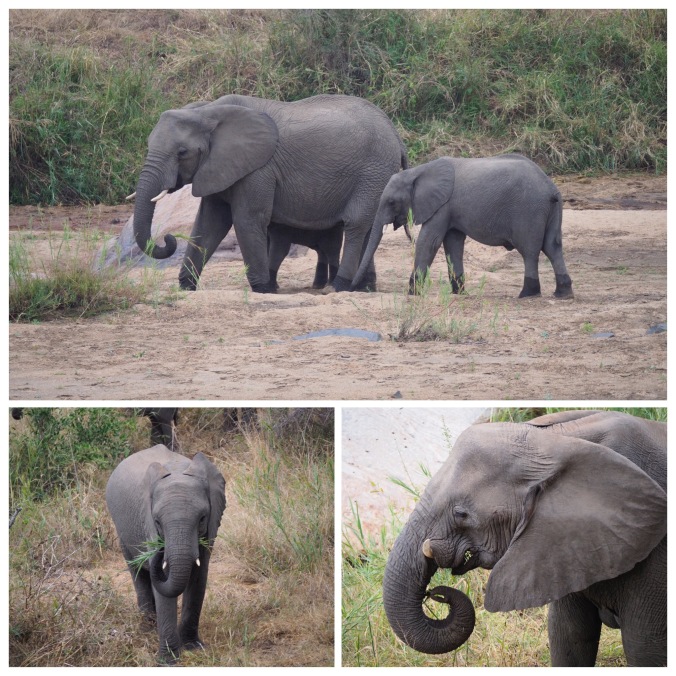 After this enlightening morning, we returned to the lodge for a late breakfast. Before we could even sit down, about 30 elephant came strolling down the river right in front of the deck. This was quite a sight, and included a number of young elephants.

We had lunch, then Sally went to look at our sister lodge, Singita Ebony (we’re at Singita Boulders). I stayed behind, cleaned up, did some camera and battery maintenance and generally rested. 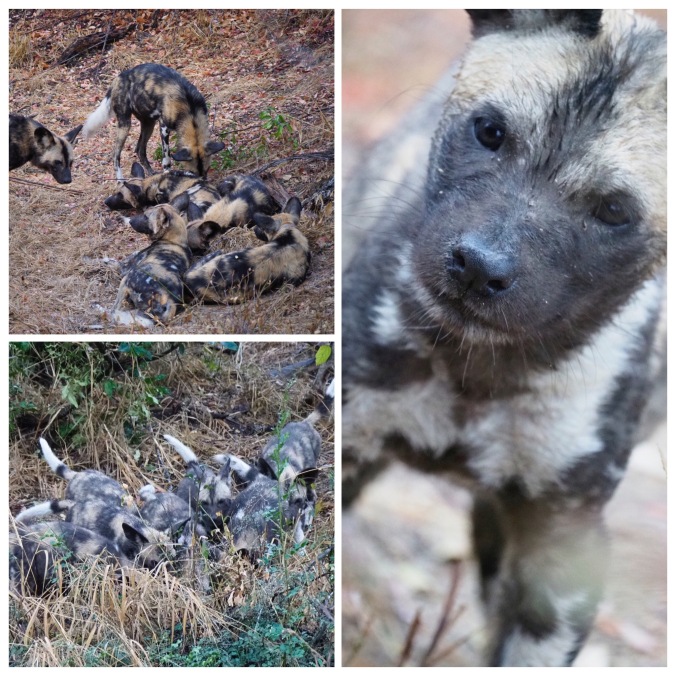 At 3:00 we went out for the afternoon drive. The highlight of this was visiting an African wild dog den, where there were a dozen pups along with the adults. Again, we spent quite some time watching them run around, feed the pups, and try to give them a few of the life lessons they’ll need to survive here. While they look cute, especially the pups, they are among the most successful predators in the area – their kill rate is very high, and the pack can take down pretty large animals. 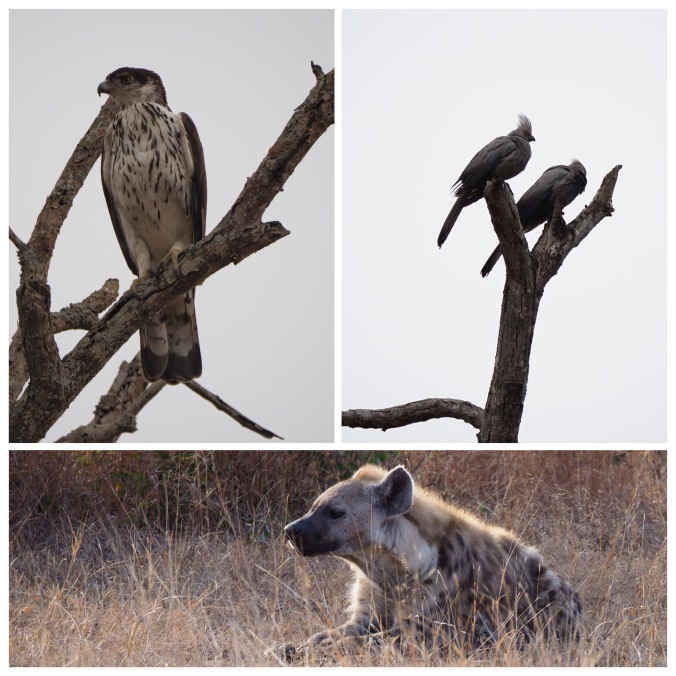 Throughout the drive one always sees a multitude of birds. We saw an eagle perched on a tree, some vultures waiting for the lions to finish, and any number of other birds that I cannot identify. And a pack of at least nine hyena waiting in the grass for the lions to leave the carcass.

We all were sad to see the water buffalo die. But if they don’t kill, the lions and other predators – leopards, eagles, wild dogs, etc. – will die. This is life. Tomorrow we’ll again try to find the leopard.