Well, that’s a negative headline. How about “Going to Seattle?” Because that’s what we did. But Whidbey Island was very nice, the Inn was very nice (especially sitting on the deck looking at the water). We were not anxious to leave. And who knows what Seattle will bring?

Like our previous two transfers, this trip involved a ferry. Unlike them, there is no reservation – it was a short ferry ride (20 minutes), and close to the hotel (20 minutes), but we had no idea how long the line would be. The ferries run every 30 minutes, and the two of them have a maximum capacity of 270 cars per hour. I checked the wait time on Sunday afternoon, and it was over two hours, but that was clearly the weekend traffic heading home. I started checking this morning, and the report and traffic cams (very hitech) showed no line. As it turned out, we got on the first ferry after we arrived and only waited about 30 minutes. 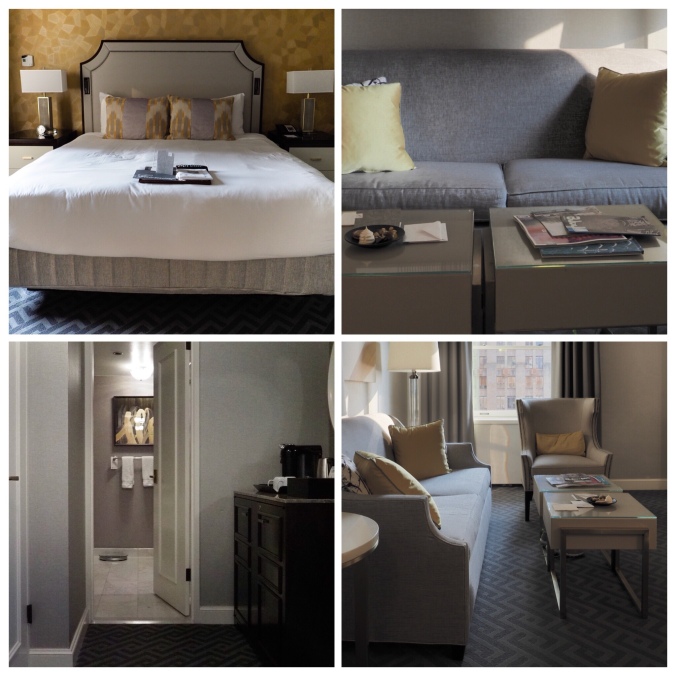 The ride down to Seattle was uneventful. We checked in at the Fairmont Olympic (room not ready, of course), went for lunch, then unpacked. Sally had arranged for the best available view, which included a glimpse of Elliot Bay in the distance.

After unpacking, we had to decide how to spend the remainder of the afternoon. We made the obvious choice, which was Pike Place Market.

Pike Place is a combination of a touristy T-shirt/souvenir/food & drink area, and a working market specializing in fish, produce and meat. It was extremely crowded, even on a Monday. One of the highlights is the original Starbucks, which we walked past. There were two lines outside: a formal one to get inside and get your favorite drink, and an informal one to get your picture taken in front of the store. We did neither. 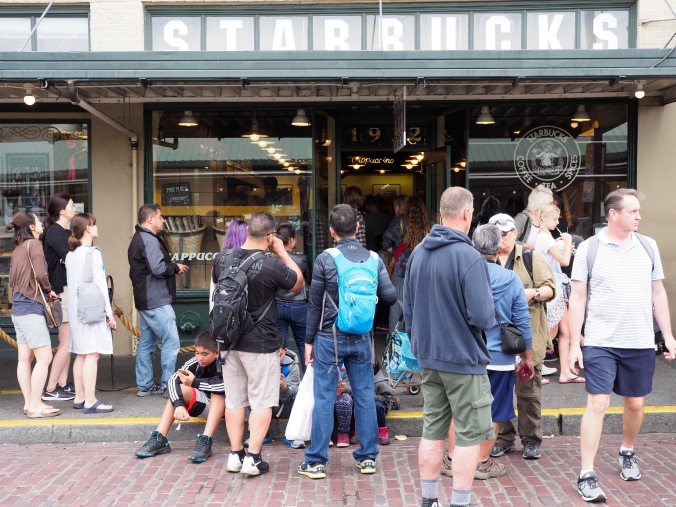 We wanted to stop for a drink, but none of the places I checked out around the Market had A/C, and they were pretty warm inside. And they all had that “worn” feel that some people prize. So we headed back towards the hotel and stopped in a wine bar. 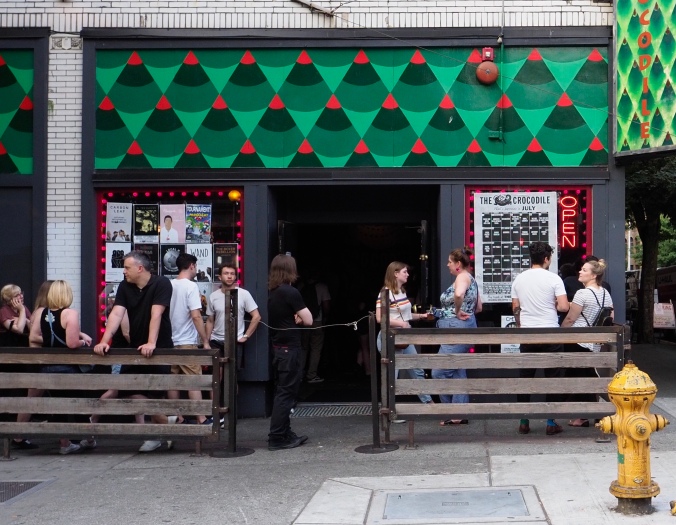 Waiting at the Crocodile, July 2018

Later I went out for dinner, and tried a place that the concierge recommended that had light fare and live music. Unfortunately, there was a line to gain admission and I didn’t feel like waiting. So I found a Bar & Grill and had a pleasant enough meal.