I’ve never been to New Mexico. Until yesterday. Sally and I left our house at 6:00am to catch a pair of flights to Albuquerque, where we rented a brand-spanking-new Cadillac XTS. It wasn’t quite ready when we arrived at the Enterprise counter, but we decided to wait a promised ten minutes rather than leave with a hulking SUV. The car they delivered had four miles on the odometer, and the plastic that covers cars when they ship them was still visible in many places. 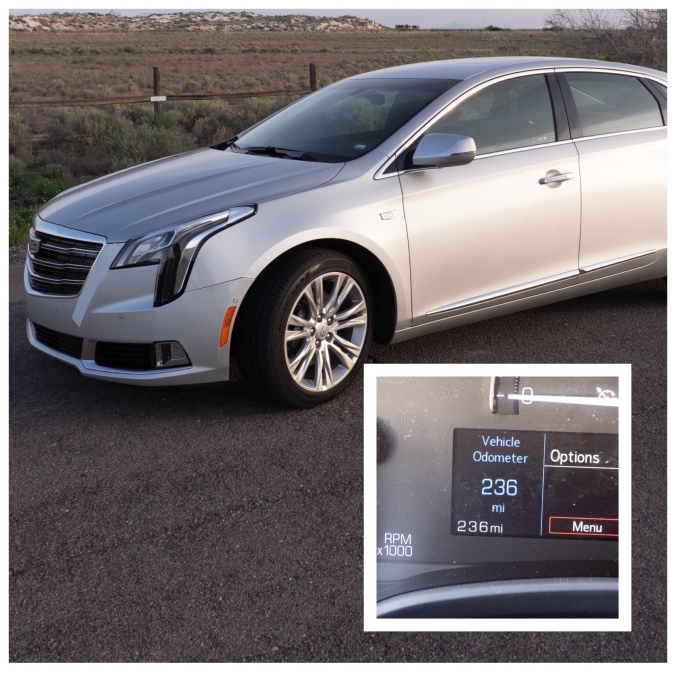 The Caddy reaches White Sands, May 2019

Four hours later, we arrived at our Hilton Express in Alamogordo (1), starving and looking for any place where we could actually eat. Alamogordo has the highest proportion of fast food restaurants to all restaurants I’ve ever seen in a real town (2) – all of your favorites are here, along with one nice-ish Italian place, pizzerias, burger joints, Asian and surprisingly few Mexican places. In fact, more Asian than Mexican.

We wound up in what would be called a diner back home. It worked. 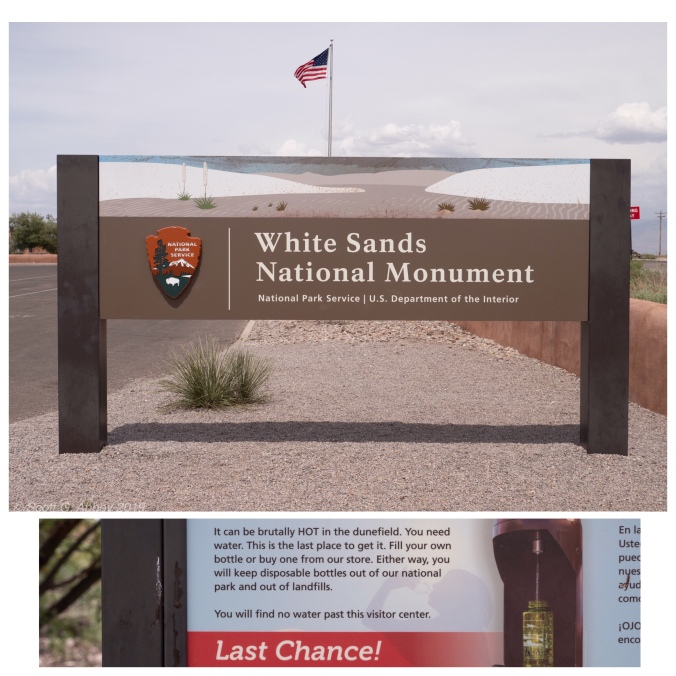 Today the plan was to explore White Sands National Monument. White Sands is the largest gypsum dune field in the world by far. It lies in a basin surrounded by mountains containing the mineral, which washes down in rain storms and has been beaten into fine particles by the wind over thousands of years.

The best time for landscape photos is usually sunrise and/or sunset. Unfortunately, WSNM doesn’t open until 7:00am, which is an hour after sunrise. I got there before 7:00, and sure enough the gate was locked. And a barbed wire fence. But at 7:00 I went in, and spent a couple of hours driving and wandering around. 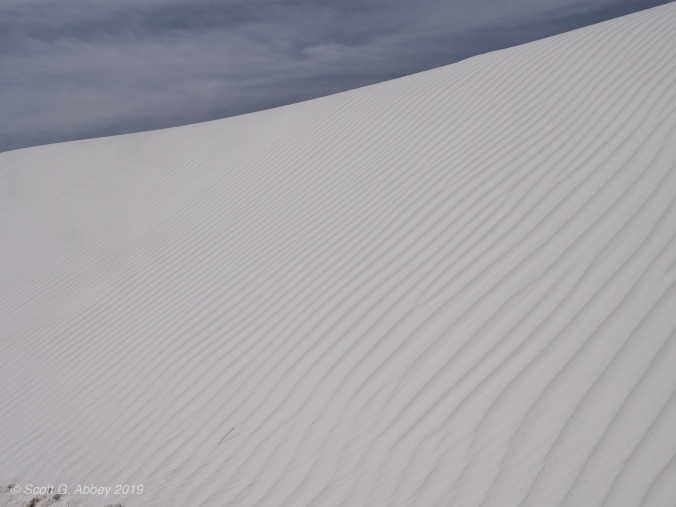 After breakfast, Sally and I went back and did the tour again. I climbed a couple of small dunes near the road, and Sally enjoyed the scenery. We checked out a short hike, but it looked a bit challenging so we decided to go for lunch and that I would return later on my own to try it out. 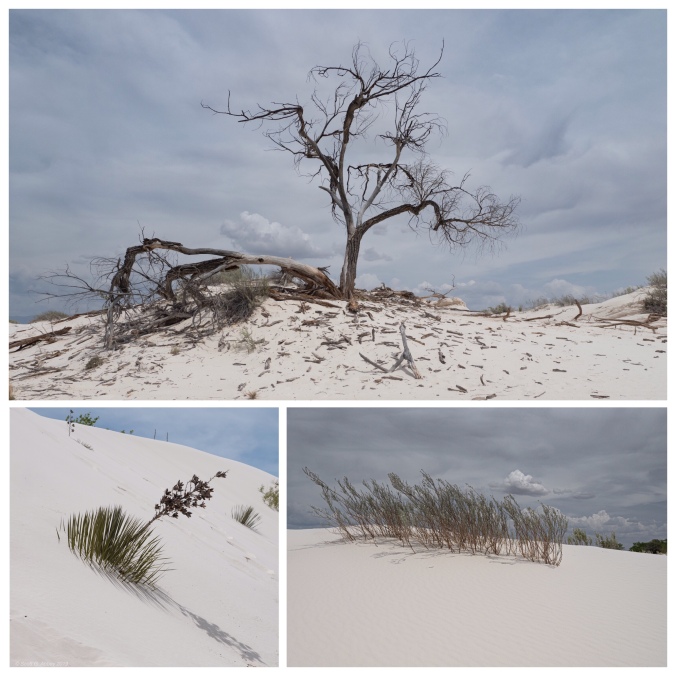 (1) If you’re having trouble getting your tongue around the name, think “Alamo + Gordo”.