Vermejo is all about outdoor activities. This time of year, the most popular activity is fishing – most of the other guests here seem to be doing that for part or all of their stay. In season, one can go hunting. There’s horseback riding (as I mentioned yesterday), hiking (which I did yesterday), mountain biking, archery and both rifle and shotgun shooting. This morning Sally and I tried clay shooting, which she had never done and I did once many decades ago (1).

We were with a young couple from southern New Mexico; he had shot enough to be semi-competent and she had not shot before.

Sally was – understandably- a bit nervous about this whole thing. We both are appalled by the level of gun violence in the country and the whole public debate about gun ownership. We grew up in an environment where guns were just not present (2). I was merely nervous about not hitting a single clay during our session. 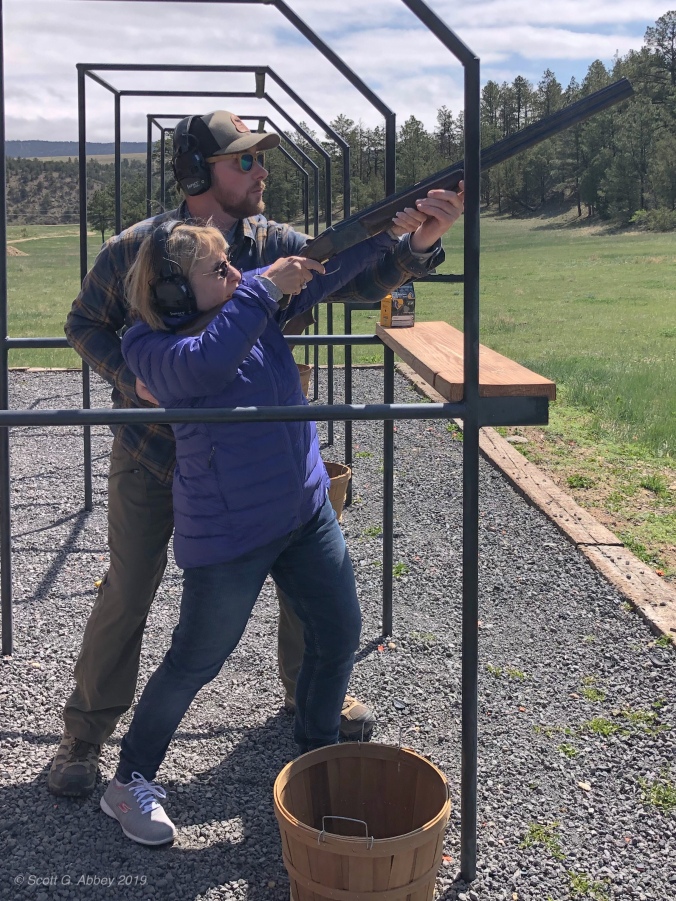 So we both exceeded our expectations. Sally fired a number of shells successfully, hitting her target a couple of times. I went through the introductory shooting and then the Five Stand “competition” (3) and hit a number of clays (4), which was satisfying enough.

After lunch in the restaurant (as opposed to the PB&J sandwiches in the truck drive yesterday), we split up. I went for a walk/hike (5), while Sally engaged in one of the only indoor activities here (6): a massage. 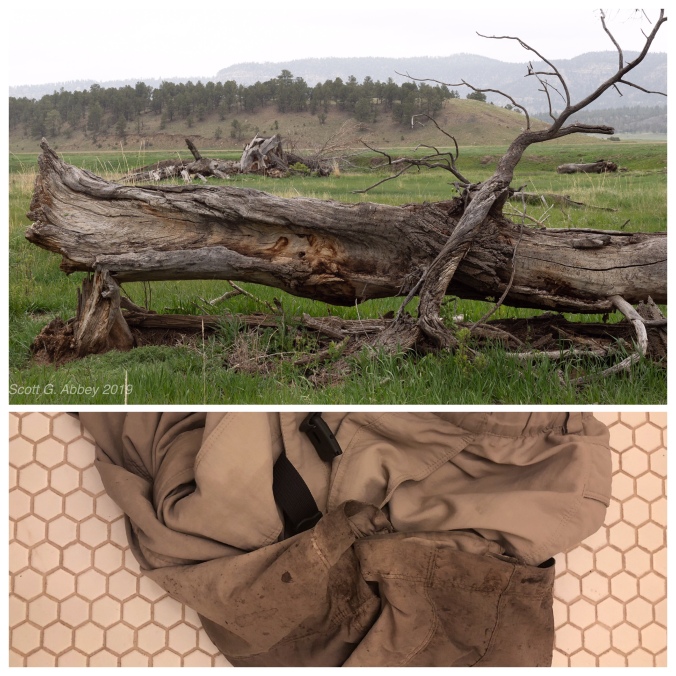 Her massage turned out well. My walk/hike, not so much. I did have time to take a couple of images before a wind-swept rain came on, forcing me to pack up and head back to the lodge. I didn’t feel that bad about getting wet and muddy, but was frustrated at having my outing cut short (7).

When i was cleaning up, I discovered that the shotgun had left its imprint on me. Literally.

(1) I did rifle target shooting a number of times at Boy Scout camp, most recently probably 55 years ago. Sally had never touched a gun before.

(2) I had NYC cops as next door neighbors growing up, and never saw either of their guns. And then there was Boy Scout camp.

(3) Five Stand is a competition where you each move across five shooting positions, and shoot at clays thrown from a variety of locations and in different trajectories. There were four of us, and no one was keeping score. But the New Mexico guy won.

(4) My instructor told me after every miss – without fail – that I was very close.

(5) Remember, you can’t really go anywhere far away without a guide, at $350 for a half day. So I stayed pretty close to the lodge.

(6) The other appears to be cocktails in the afternoon.

(7) As I’m writing these words later in the afternoon, the sun is shining through the windows and the glare is making it difficult to see my screen.