Our guide, Moo (1), picked us up at 8:00 this morning for our half day Temple & Palace tour. Meeting at 8:00 means getting up before 7, which seems very un-vacation like, but we’re 11 hours ahead of EDT and still jet lagged anyway. We were a bit late, but light traffic enabled us to recover the time and we got to the first stop before it even opened at 8:30.

I can’t even tell you what we actually saw, at least not without doing a lot of research from guide books. It felt to me like we ran for three hours straight, visiting temples and palaces built by various kings over the last hundreds of years. Between Moo’s accent, my unfamiliarity with anything to do with Thai history, and the seemingly endless number of Kings named Rama (2), I quickly lost track of who built what.

Not that it mattered.

Everything was covered in gold and jewels. I don’t mean swords, crowns and furniture, I mean entire buildings. And statues of angles, Buddhas, devils, and monkeys.

By shear luck, we came to a temple built by someone or other where a group of monks were chanting and blessing people. We got sprinkled with holy water, were given string bracelets and apparently were blessed. He didn’t say much (that I could understand).

There were an endless number of statues of angles, devils and monkeys. And lots of gold leaf, except for the stuff that was solid gold. And Buddhas.

After three hours of this, we were ready to retreat.

We came back to the hotel around noon, where we had lunch. We spent the rest of the day at the hotel, getting massages, lounging around, using our private pool, and just generally relaxing. 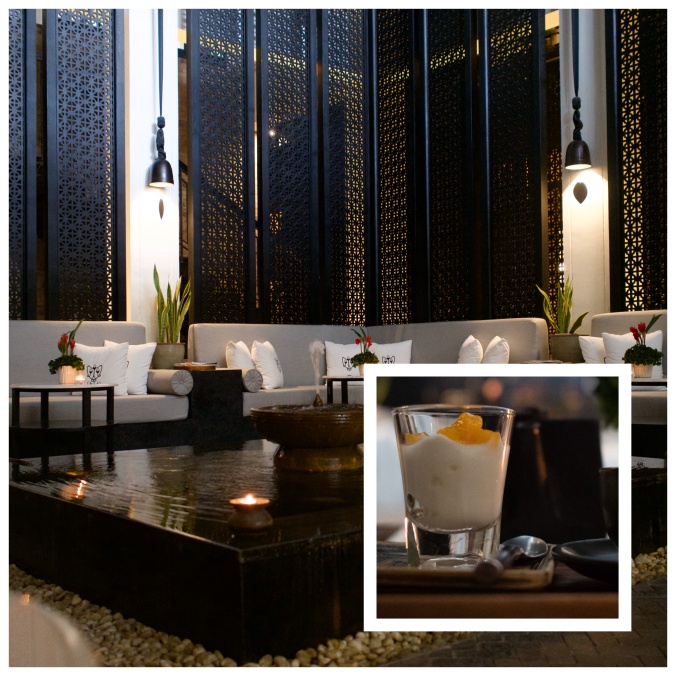 (1) She told us Moo is the nickname her mother gave her as a baby. Confusingly, it means “pig” in Thai. Which is not considered an insult.