Editor’s note: I started writing this on Wednesday, November 6, and looked back on my calendar to remind me what we did two days ago. Turns out that the umbrella factory visit was actually not Sunday, but was Monday. So you’re not imagining you already read about the umbrellas. 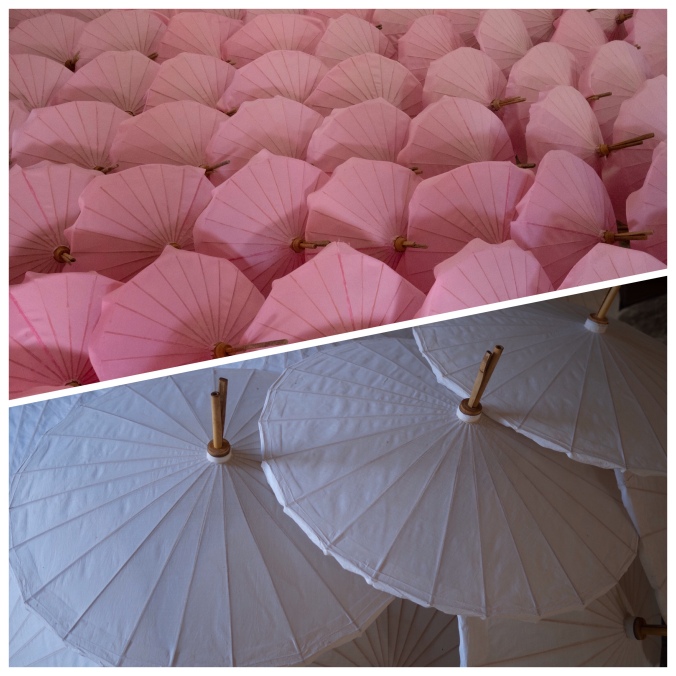 They come in colors everywhere, November 2019

Monday was a light day until late afternoon, when we were scheduled to be picked up and taken to a Thai cooking class outside of town. After talking with June last night, we decided to leave a bit early and stop along the way in an area that has a number of craft businesses. But not the tourist-focused things you see on sidewalks; rather, commercial-grade enterprises that sell to other businesses as well as to consumers. 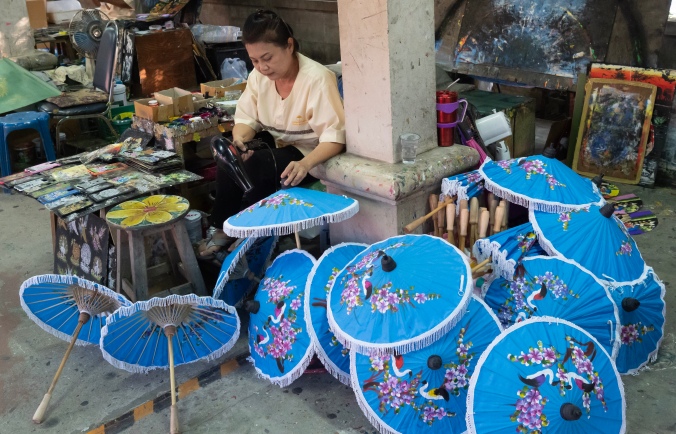 The most interesting was an umbrella factory. The public space had a dozen or so workers making umbrellas of different sizes and shapes, along with a retail shop. Sally was very tempted, as they were very pretty, but the difficulty of carrying them for the next three weeks and getting them home ultimately dissuade her. 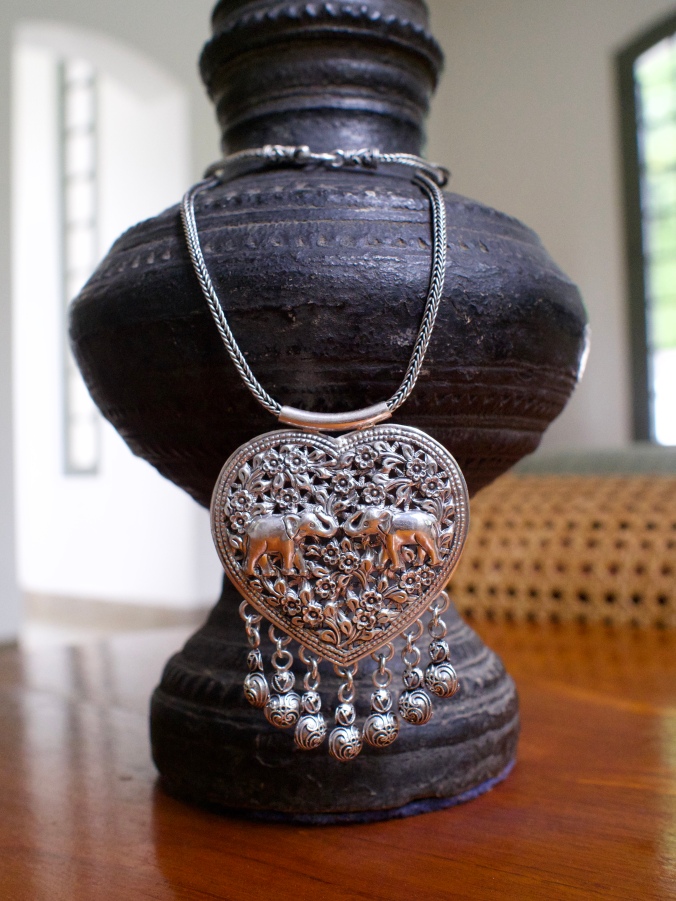 The next stop was a building that housed a silver jewelry and decorative items store, and a fabric and clothing business. The salesman in the fabric place was pretty pushy, which is a sure-fire way to get us to not buy anything at all. The silver place was much more pleasant, and Sally ultimately bought a necklace.

The cooking class was just for the two of us in a large teaching kitchen at the home of Pea, our teacher. Her English was excellent, she was very animated and she had a very nice way about her as she tried to get us to pound our ingredients properly with a mortar and pestle.

We each made five dishes and ate more food than we needed to. I’m not a Thai food fan (1), but I ate all of my creations and finished a couple of them. After dinner, Pea collected our email addresses and by the time we got home we had all the recipes. I’m sure I’ll never use them, but perhaps Sally will. In any event, it was fun. 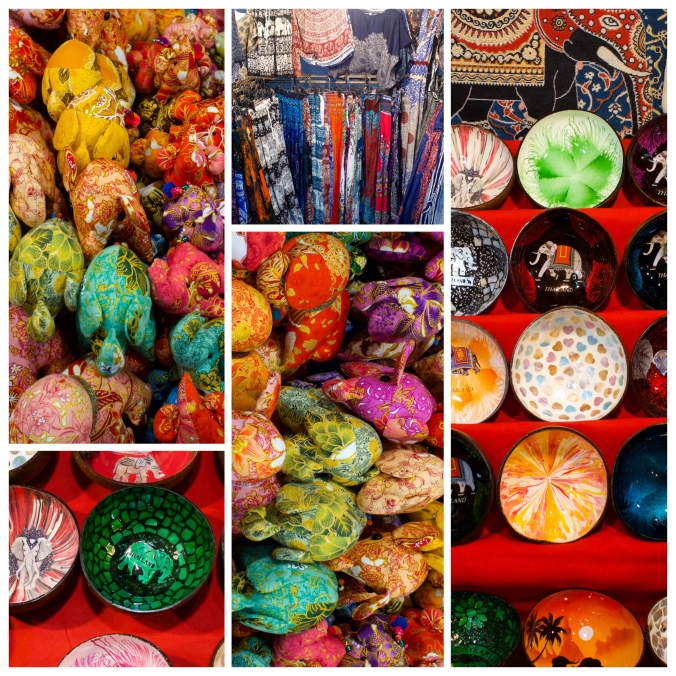 After driving back to the city we went to one of the night markets. Much like Walking Street, this is a huge expanse of small booths occupied by vendors selling all kinds of stuff. Much like craft fairs in the US, a fair portion of the merchandise is not really local; much is imported from China. But it’s still fun.

Sally bought some elephant pants. But she overpaid, spending 120 baht vs. the 100 baht they cost in Bangkok (2).