Our guide here in Siem Reap, Sunny (1), picked us up this morning at 9:00am for our first tour here, to Angkor Wat. 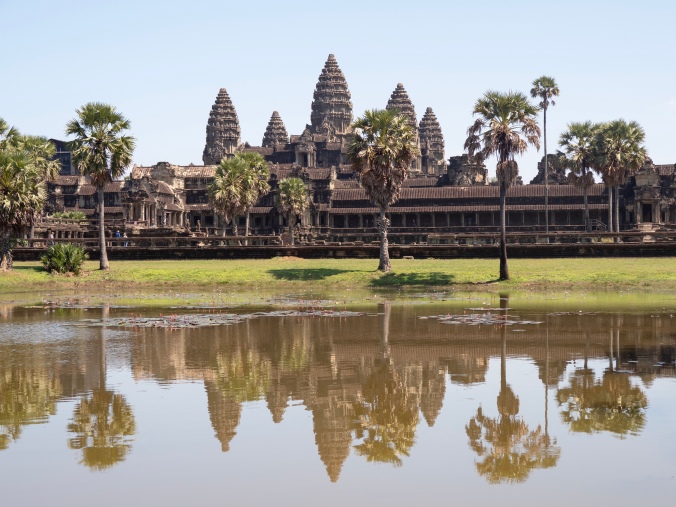 Angkor Wat is reputedly the largest religious structure in the world at 400 acres. It was originally constructed in the eleventh century as a Hindu temple, and then transformed into a Buddhist one later in the century as a new king and the population moved to Buddhism.

He has a future coaching in the NFL, November 2-19

We spent almost three hours at Angkor Wat. Sunny didn’t accompany us; rather, we were introduced to an archeologist and expert on the local temples who proceeded to give us the survey course in Angkor Wat. Neither Sally or I could understand his name, much less remember it. But he was earnest, intense and extremely knowledgeable. He was also completely relaxed with any questions we asked, no matter that he just got finished explaining that fact to us.

Pretty much all of the walls – thousands of feet worth – are covered with engravings that tell the various stories of old Khmer myths and the king’s victories. They are the usual stuff you see in old buildings – dancing girls, warriors, animals real and mythical.

Hard to appreciate the scale, November 2019

Although it was crowded, we didn’t feel it was too crowded to enjoy. I was able to get many pictures with no one in them, but then you miss the scale of the place. 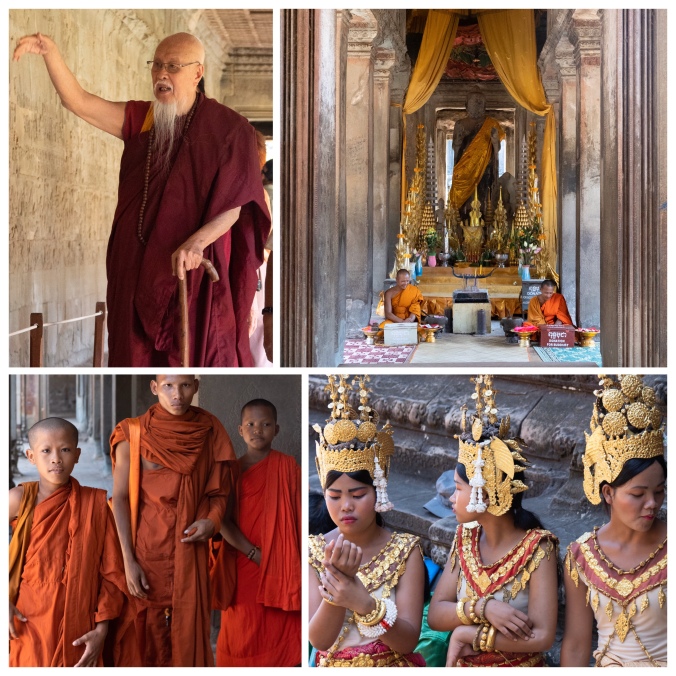 And many of the people themselves were interesting.

By the time we got back to the hotel, it was hot and we were tired. We went for lunch in the restaurant, then spent some time by our pool.

Sunset at the oasis, November 2019

The Phum Baitang has a great afternoon tradition. The guests (or at least some of them) gather on the porch outside the bar and sit facing the sunset. A Mai Tai, a G&T and comfortable chairs at sunset – what more do your need?

(1) We’ve had at least one other guide named Sunny on this trip, in a different country. Maybe two.