Today was our day seeing Johannesburg, or Joburg in local parlance. The Joburg metro area has about 8.5m people, and the population ranges from the richest people in South Africa to some of the poorest. And that mirrors our day, which started at our hotel in our rich suburb of Sandhurst (1) and proceeded through two of the townships, Alexandra and Soweto. The middle of the day was a visit to the Apartheid Museum, which tells the story of the increasingly formal and institutionalized racism in this country, thru the end of apartheid subsequent to Nelson Mandela’s release from prison in 1994.

I will not bore you with this history; it is readily available from Wikipedia and other places if you are interested. However I will make one point: this country passed from an oppressive “democracy” run by the whites, who exploited the black and colored (2) populations from when the first Europeans arrived, to a flawed democracy with an elected government of blacks – and without an endless and devastating civil war. Yes, there were deaths – largely from the oppressive government, and also from the freedom fighters – but somehow the number of deaths in the struggle was measured in 10s of thousands, not millions. 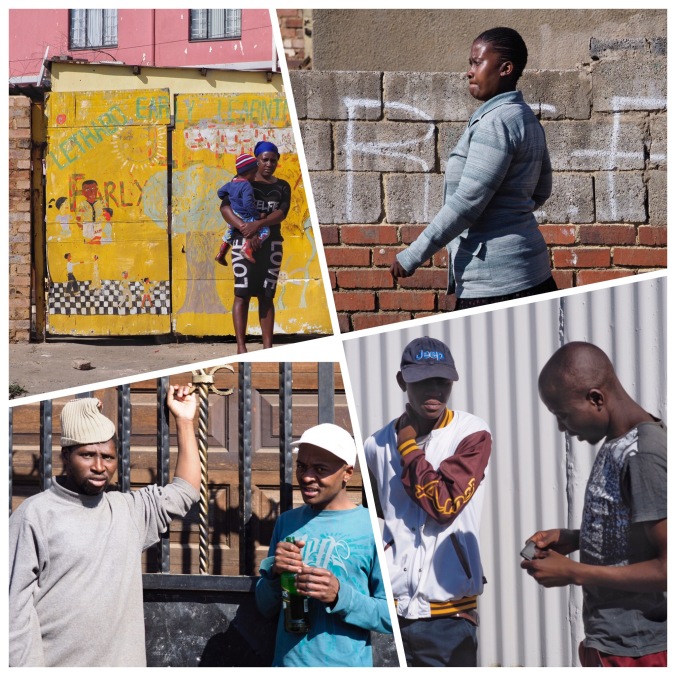 We spent a good part of the morning going though Alexandra, one of the black townships established during apartheid to isolate the black population. This is a place of appalling living conditions and abject poverty. Yet, as the pictures show, people don’t exhibit misery in their everyday lives. Unemployment is 40%; the schools are terrible or worse; drug use and AIDS are rampant. Yet somehow people manage to live each day. 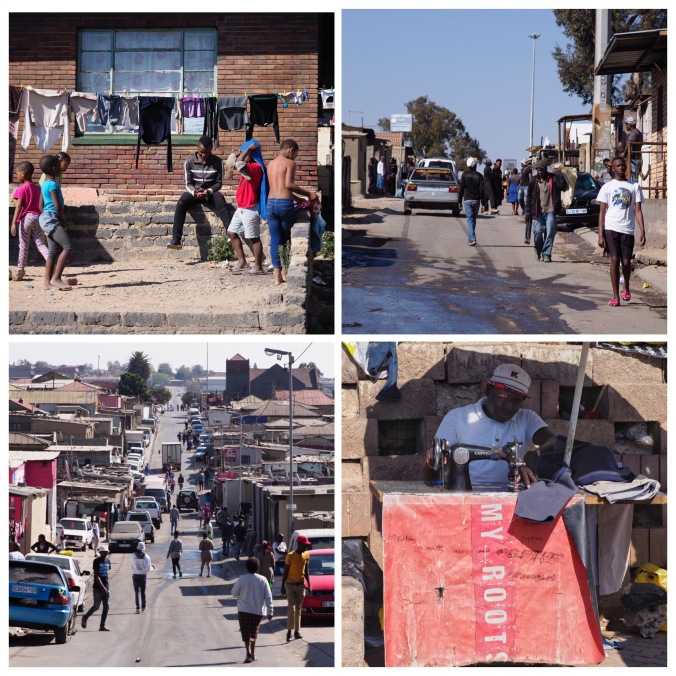 After the museum, we went to Soweto (3), the largest and most famous of the townships. This was the locus of the struggle to end apartheid. Mandela and the other leaders lived here, when they weren’t in jail, exile or hiding from the authorities. We had a pleasant lunch in a buffet restaurant on the street where Tutu and Mandela “lived” (4).

Soweto is large, with millions of residents. The housing ranges from tin roofed and sided shacks, to small but tidy bricked homes, to dormitories that would compete with any tenement in NYC or Chicago. There is a lot of crime here and in Alexandra. Robin, our guide, hired a crew to wash and watch his car while we had lunch in Soweto. In Alexandra, he hired two bodyguards with a gun to follow us in their car while we drove around (we never got out of the car there).

The Alexandra crew were all quite friendly, and jostled for the dollar or so he gave each of them: the washer, the watcher, the crew chief, etc.

It was an interesting and tiring day.

Tonight we have dinner out at a nearby restaurant. Tomorrow we get on a small plane for a 90 minute flight to Singita, a camp outside of Kruger National Park. We’ll be touring in a private preserve. I expect there’s some level of Internet service there, but if you don’t hear from us, then I was wrong.
———-
(1) Think Scarsdale, Short Hills or Saddle River with electric wire on stone walls
(2) “White”, “black” and “colored” have specific meanings in South Africa, different than in the US. Race is really a cultural concept and not a biological one.
(3) Soweto = SOuth WEst TErriTOries. It is southwest of Joburg proper.
(4) Mandela stayed in the house here for a couple of weeks in his life. Tutu did live here, and his family still owns the house. Winnie Mandela had a restaurant which is now empty.