One cannot visit Charlottesville without paying attention to Thomas Jefferson. But before that, I neglected to include a picture of the exterior of The Clifton main building. 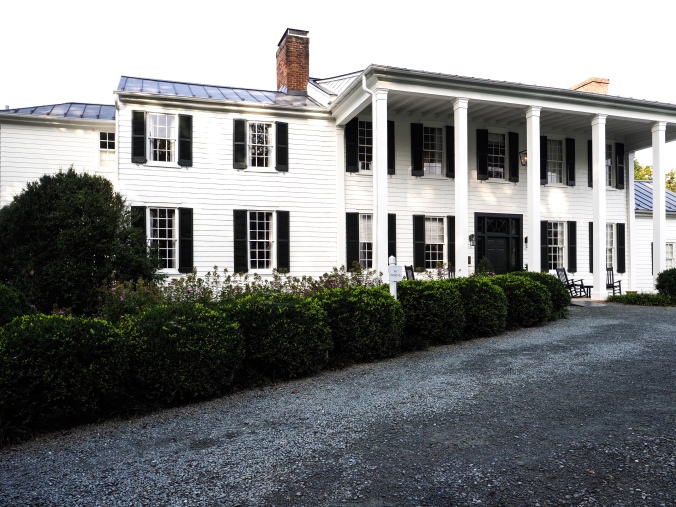 Architect, scholar, farmer, educator, inventor, statesman, author of the Declaration of Independence, and President of the United States – those are some of the things he is known for. And I’ve undoubtedly left out a few of his fields of accomplishment.

Anyway, Jefferson was a incredibly accomplished individual. We all know he was author of the Declaration, but he either drafted or assisted in the drafting of many laws. He designed Monticello, his home on his plantation here. He invented a machine that made an exact copy of the thousands of letters he wrote in his lifetime. He wrote a book describing everything known about Virginia. His home had extremely large windows and skylights, very unusual for the time.

Food prep at Montecello in the basement, October 2018

We took two tours at Montecello. The first took us through the first floor of the house, which included the public rooms and Jefferson’s bedroom, study and library (1). The upper floors are an extra cost item (and extra time), so we passed. And we took the Slavery tour, which was really more of a lecture and a tour. It was interesting, and like the National Civil Rights Museum in Memphis, depressing.

Inside the Rotunda, October 2018

After leaving the Presidency, he founded the University of Virginia, given his belief that only an educated citizen could effectively contribute to public life. He not only founded it, he was the first Regent, and he designed the original campus which is still in use today. It’s quite beautiful. Sadly, it started raining when we left the parking garage on campus, continued until returned to the garage later.

The centerpiece of the old campus is the Rotunda, which was inspired by the Panthon in Rome. It was designed to be a library for the students, and the upper floor still serves as perhaps the most beautiful study hall in the country (2).

As I write this Wednesday morning, we’ve packed up our stuff and we’re about to head home. We should arrive before dinner tonight.

(1) So where are the pictures of the first floor? No pictures allowed there. Only the exterior and basement.

(2) So where are the pictures of the campus? It was raining …