We left our not-so-luxurious digs at the Holiday Inn Express & Suites in Alamogordo (1) and headed north to Santa Fe. 240 miles across the high desert, gradually ascending from 4300′ to 7400′. I love the desert. We drove for hours, mostly in a straight line, with literally 2 or 3 no-stoplight towns along the way. I wasn’t bored in the least.

But I did need a rest stop.

After almost three hours, we came to the intersection with I-40, and there was a huge travel plaza where I pulled off. I didn’t realize until much later that Clines Corner is quite famous. I also didn’t realize that I-40 is also the historic Route 66, of fame and song (2). Clines has apparently relocated three times over the years as Route 66 has been rerouted through New Mexico. It’s everything a rest stop should be, down to having Zoltar to tell your fortune. 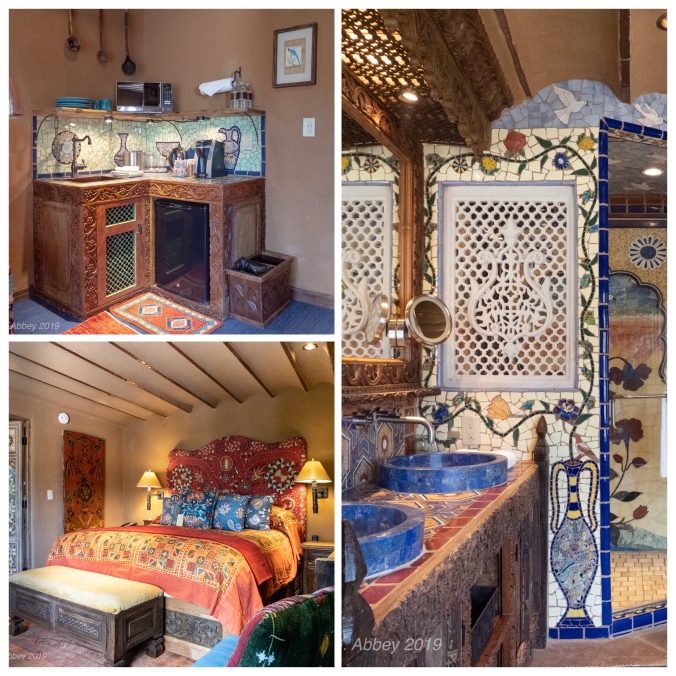 The Inn of the Five Graces in Santa Fe is … hard to describe. It’s located in the central section of town, a few blocks from the Plaza, shops and art galleries. The Inn is spread across building on both sides of a small street. Our suite is across the street from the main building, and consists of a living room, a bedroom and a huge bathroom.

It also has large chairs in the bedroom, and the bathroom. And, like so many nice places we’ve stayed, large pieces of furniture with tiny storage space. Either we seriously overpack (I don’t think so), or I don’t know how you’re supposed to unpack in these places. The bedroom, while large, is overcrowded. 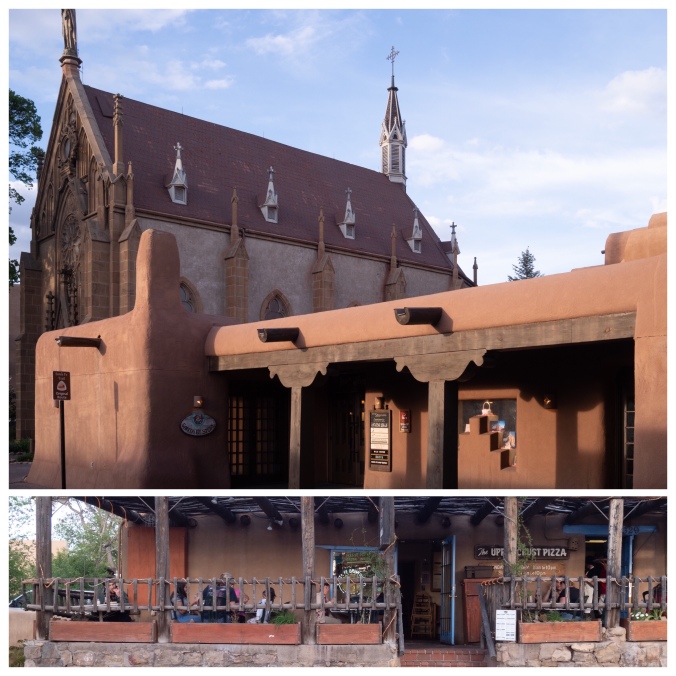 Santa Fe style: lots of Adobe-style and rustic, and occasional gothic, May 2019

We had a late lunch and then wine & cheese late in the day, so Sally decided to skip dinner. I went out, walked around a bit, and had a mediocre grilled chicken sandwich. But the beer flight was interesting.

(1) My regular readers will know that I often post pictures of the great accommodations Sally finds us. I found the Holiday Inn, and it shows. So no pix.