Monday’s scheduled activity was a walking tour of the city after noon, with an emphasis on trying street food. 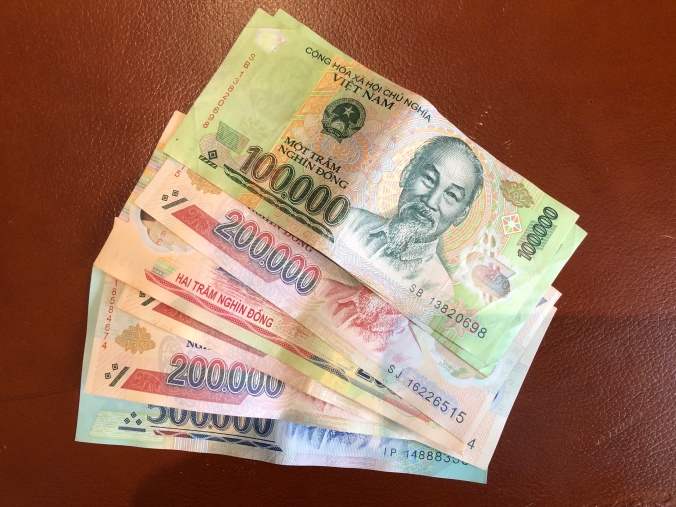 But I started the day with a much more mundane activity: tips. Asia is often thought to have less of a focus on tips than the US or Europe, but the places that cater to Western tourists seem to be moving into the hands-out-at-every-turn strategy. While we could tip in dollars, the recipients would most likely convert it all to Vietnam Dong (VND) anyway. So we decided to buy some dong. The exchange rate is ~23,000 to the dollar; $100 gets you VND 2,300,000. We have three more stops in Vietnam after Hanoi, and ATMs won’t be accessible in two of them. We laid out what we thought we might tip for these stops, and I went to get 8 million dong. 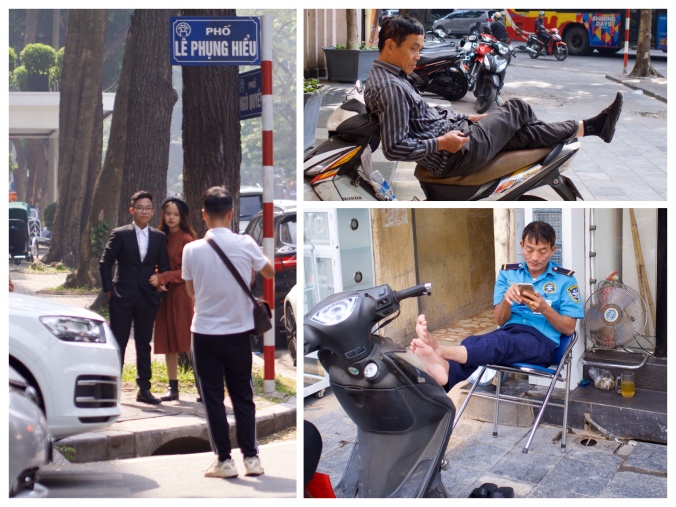 After breakfast, I did the walk-about for a bit. Although breakfast was later than I would normally eat, I was concerned that we wouldn’t find any food during our street food tour that this picky eater would like.

We met Sunny at noon and took off to find lunch.

I have to say it was very interesting. We would go to a small shop and Sunny would explain the food choices, how they are made, and what they contain. Then he would buy a few, and we would eat. We had rice things, stew things, rice-paper wrapped things, and donuts (what we call donut holes).

Not sure I want to try everything, November 2019

Along the way we walked through interesting streets in the old city, watching shopkeepers go about their business, people manufacturing things on the sidewalk, and shoppers. 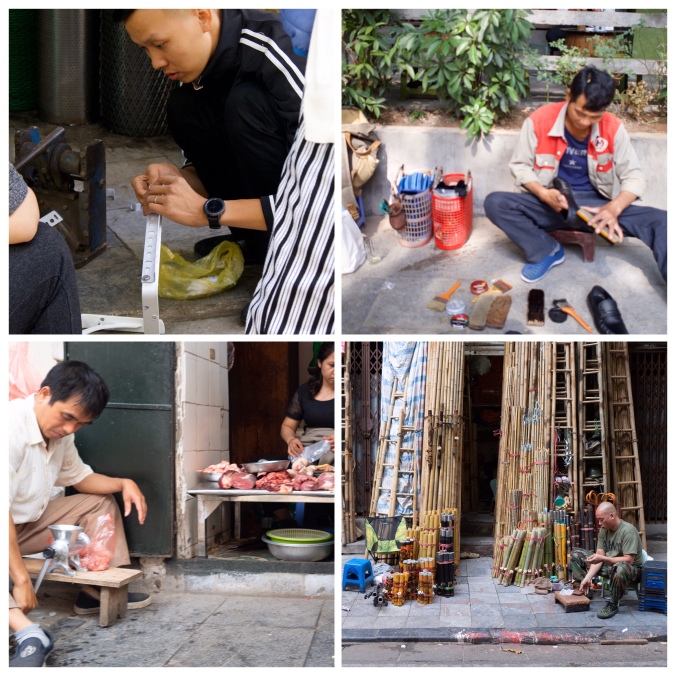 All the time we were dodging motorbikes. As I mentioned yesterday, motorbike observance of traffic rules appears lax. They often will run red lights. And because it’s inconvenient for them to stop for anything (1), they tend to not do so. On the other hand, there is a certain rhythm and flow to the traffic, and I felt myself getting used to it and able to cross busy intersections.

In fact I noticed yesterday that Southeast Asia has started to feel “normal” to me. I still can’t read the signs or labels (2), and the food mostly looks unappealing, but the sense of different-ness which hit me every day last week seems to have disappeared. 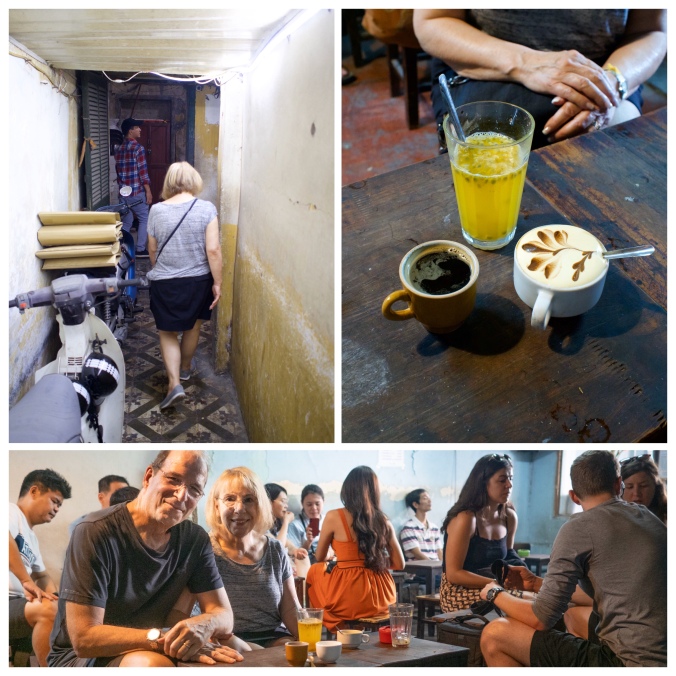 But back to the food. The last stop took a bit of cajoling from Sunny to get us to go. A well-known specialty in Hanoi is “egg coffee”, which sounds anything but appetizing. But in the spirit of the day, we consented to at least look at it. We walked over to a building and climbed two flights of steep and narrow stairs to a room where a dozen or more people sat on small stools at tiny tables. He ordered our drinks, and when they arrived, we realized that egg coffee has a custard-like confection on top, made with egg yolk, condensed milk and sugar. Underneath is strong black coffee. Like any fancy cappuccino, a pattern is etched in the creamy top.

Sally loved it. The Bassman found it very tasty.

Having spent a few hours eating, we proceeded back to the hotel for afternoon tea. Can’t have too much food! 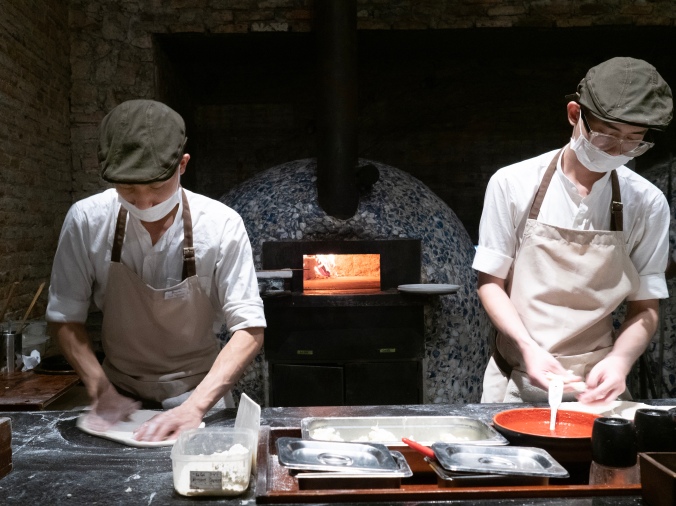 By the time evening rolled around, Sally wasn’t hungry anymore (LoL). However, I seem to need to eat every mealtime so I went out and found a gourmet pizza place nearby, completely by accident. I didn’t have a reservation, but the hostess said I could sit at the pizza bar as long as I left within 90 minutes – that seat was reserved later. No problem.

All in all, a very successful and filling day.

(1) They fall over when stopped. Unless you put a foot down.

(2) Unlike Thailand and Laos (and Cambodia), Vietnam uses the Latin alphabet. So we can mostly read the signs, although we have no idea what the words mean.